High-Performance Region with Tradition and Future

Once it was a centre of heavy mechanical engineering, today it is known as a superb centre of high-tech production. Saxony-Anhalt is the land of mechanical and plant engineers: 150 years of experience constitute the basis for this most important of all industries in the state. We do the job properly – and make machinery for the world!

The state has gathered massive competencies in the construction of precision & machine tools, lifting equipment and conveyors as well as pumps and compressors. Here there is a close symbiosis between automotive engineering and light metal foundries in the state: the boundaries of casting feasibility in engine manufacturing are pushed further and further here.

The centres of production are traditionally in Magdeburg and in the Harz region. Moreover, a highly efficient science & research landscape has become established – keyword digital engineering: scientists and companies can even network themselves in the planning and design phases in order to create intelligent work systems together. The 4th Industrial Revolution has long since ceased to be a buzzword in Saxony-Anhalt, but reality!

Success Stories: A network cast from a single mould – aluminium with perfection

Trimet Aluminium AG
The Harzgerode-based die casting and gravity die casting foundry is owned by TRIMET ALUMINIUM AG, whose head office is in Essen. Since it was taken over in 2001, 182 million euros have been invested at the Harzgerode site, which employs 530 personnel. Harzgerode is home to Europe’s most state-of-the-art plant for gravity die casting. It manufactures cast joints for rear axle mounts of the BMW 5 Series. The die casting foundry has more than 20 aluminium casting machines with closing forces between 1,400 and 4,100 tons. They are mainly supplied with molten aluminium from their own smelting and recycling plant.
The focus of development in Harzgerode is on optimising and developing new alloys. Mechanical and thermal strain on engine components has increased significantly through measures such as downsizing. In response, Trimet has developed a new aluminium alloy for engine components, which has better thermal conductivity to prevent intense local heating and the loss of strength associated with this. In terms of thermal fatigue, the new high-performance alloy also demonstrated clear benefits compared with the standard material during specially designed trials.

Another new aluminium die cast alloy “trimal-04” is already being used to manufacture a new sump at the Sömmerda site. This alloy allows the required ductility in the floor area to be achieved without additional thermal treatment, significantly reducing CO2 emissions in the process.

The development activities take place in close cooperation with the technology and innovation centre CCC Harzgerode, which is a research institute not just for the Harz region, but also for national and international projects. Its establishment was financed by the state of Saxony-Anhalt with a sum of 5.6 million euros. At the core of the CCC is an automated die casting cell for development work and training purposes. The labs also contain high quality test facilities for characterising the properties of materials and components.

Nemak Wernigerode GmbH
Since 2005, the company has been owned by the Mexican group Nemak. The site, which has approximately 500 employees and an annual turnover of approximately 127 million euros, has an annual production capacity of 1.8 million aluminium cylinder heads and chassis components. More than 30 million euros have been invested over the last five years.
Nemak Wernigerode is working to develop environmentally friendly production processes with the aim of reducing CO2 in the automobile industry. As the group’s pilot plant, Wernigerode is bringing inorganic core production technology into series production this spring. As a result, in the future approximately 28 % of the current cylinder head production will be manufactured in emission-free processes. The expected CO2 savings with the inorganic, sodium silicate-based core binder are approximately 90 % compared with the organic core binder systems currently used. By omitting environmentally harmful substances, the costly suction procedure during the production and casting of cores is no longer necessary.
The global rollout of this leading development into all engine component foundries will commence from Wernigerode.

KSM Castings Wernigerode GmbH
The approximately 430 employees at the Wernigerode foundry of the Hildesheim-based KSM Castings Group (owned by aluminium wheel manufacturer CITIC Dicastal (China)) mainly manufacture car frames and chassis components. The plant was opened in 2002 as Europe’s leading aluminium chassis foundry and since then it has expanded gradually as a result of high workloads, and has benefitted from around 30 million euros of investment. This saw the construction of a new production line in the counter-pressure casting process (CPC) for the manufacture of dynamically highly stressed safety parts in passenger car chassis. The foundry is working with its clients on the development of new components and on in-house technology innovations.

“We combine expertise in the aluminium”
The medium-sized foundry companies in the state can take advantage of a strong network: MAHREG Automotive. MAHREG combines regional expertise in technology and production, develops strategic projects and promotes knowledge and technology transfer. The fact that Saxony-Anhalt is able to successfully take on the topic of casting technology in engine manufacturing is also the fruit of many years of partnership with scientific institutes such as Magdeburg University’s Institute of Manufacturing Technology and Quality Management and with the Department of Automation and Information Technology at Harz University of Applied Sciences.

Microvista, Blankenburg
While the aluminium foundries continue to work on their pioneering role, they receive support from service providers like Microvista. The Blankenburg-based company is a highly specialised inspection service provider for fast and non-destructive component testing using computer tomography (CT). Microvista has developed an inline solution whereby the CT systems are directly integrated into the production lines of light metal foundries. Thus large quantities and series can be scanned in a matter of seconds in synch with the production of many simultaneous quality features such as dimensional accuracy, porosity, core balance and bead wire break. This helps to avoid subsequent complaints about defective goods. Safer testing for all potential risks also increases design freedom in component construction and allows foundries to push component boundaries and save weight at the same time.
The first CT industrial plant was developed in conjunction with Nemak Wernigerode and is expected to be operational in summer 2013 to test newly developed cylinder heads. The system solution has been met with a great deal of interest from the automotive and aviation industries and from suppliers.

IKAM
The topic of lightweight construction is also a development focus at the IKAM Institute for Competence in Automobility. Founded in 2009 with 36 million euros in funding, a scientific body was created for the MAHREG supplier network. IKAM conducts industry-related and basic research. The lightweight construction industry concentrates on processing and production technology, generative production technology, precision technology and virtual engineering.

On the road to the electric engine
The topic of electromobility also opens up interesting areas of development for lightweight construction. This core competency wants to take advantage of the Elisa state initiative (“electromobility, light and intelligent for Saxony-Anhalt”) and is focusing on the main subject of  “Development of materials and technologies for hybrid light constructional components on the road to E-vehicles”. 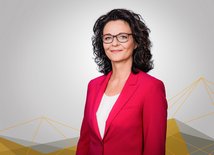 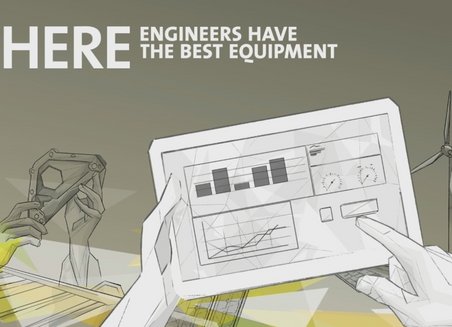 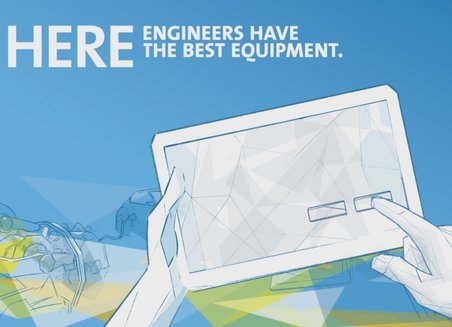 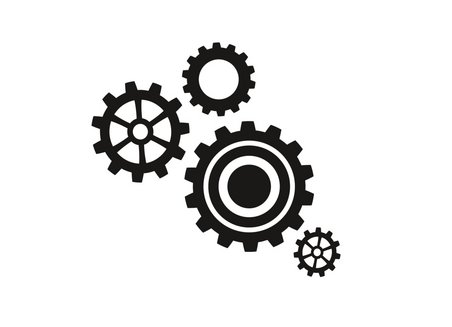