On the way to Europe'smost modern biorefinery

HERE Bioeconomy is scaled for markets.

"The BioEconomy topic offers enormous future potential for Saxony-Anhalt. With the first joint state appearance under the umbrella of the IMG, we have succeeded in creating a promising boost for the BioEconomy international location marketing for Saxony-Anhalt. We would be pleased if this could also be actively accompanied politically in the future. This way we could achieve an even higher impact together."
Prof. Dr. Matthias Zscheile, Cluster Manager of the BioEconomy Cluster e.V.

> A high-tech location - companies on site

> IMG - Your Partner: Services and Network

A high-tech location - companies on site 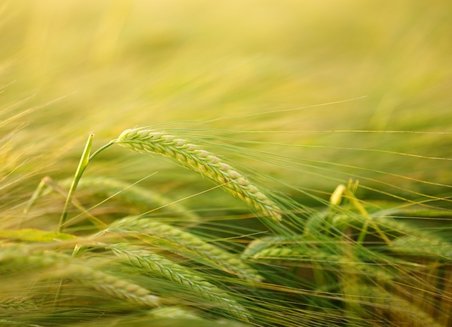 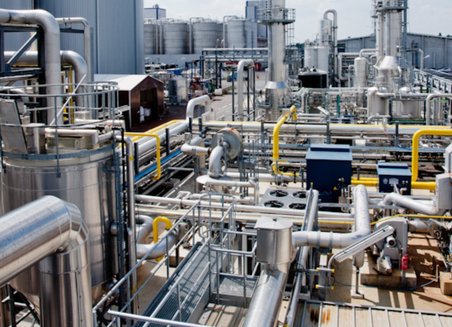 A considerable amount of the biofuels produced each year in Germany come from Saxony-Anhalt, or, more precisely, from Bitterfeld and Zörbig. Biodiesel, bioethanol, biomethane and pharmaceutical glycerine are produced in innovative processes at the state-of-the-art refineries of VERBIO Vereinigte BioEnergie AG. In this way, the company is making a significant contribution to the expansion of sustainable mobility in the future. VERBIO is also strengthening the regional agricultural sector on the basis of closed cycles and advanced technologies. The innovative, engaged company focuses on maximum sustainability in the production of biofuel – and successfully so.

Future prospects for all things bio

The first biodiesel plant of VERBIO was commissioned in Bitterfeld in 2001. The company now produces more than 722,000 tonnes of biofuels every year at four locations in Germany. VERBIO accounts for approximately 30% of the biodiesel and bioethanol on the German market for biofuels. In the case of biomethane as a fuel, they are the only notable manufacturer in Germany, and have a market share of roughly 90%. In this respect, some 580 employees dedicate themselves to the active protection of the environment on a daily basis. After all, according to the company's founder and executive director, Claus Sauter: "Without the integration of conventional and advanced biofuels which is open to the use of new technology, the climate targets for 2030 and the CO2 limits for trucks and buses won’t be achievable."

In addition to electric mobility and other approaches, sustainably-produced biofuels form an important building block in the de-carbonisation of transport. It therefore comes as no surprise that VERBIO is planning additional steps to expand its technological leadership in these areas and to strengthen the company's levels of efficiency. In this respect, bio is the clear future prospect.

Together with the current executive director (COO) for biodiesel, with the inception of the Bitterfeld plant in 2001, Theodor Niesmann, the co-founder and current member of the supervisory board of VERBIO, Dr. Eng. Georg Pollert, established a highly efficient process for the production of biodiesel. In the course of the ongoing optimisation of the technology and the installations, the focus is on improving the CO2 efficiency of the biodiesel and increasing the efficiency regarding the use of the raw materials. The objective is to contribute to ecologically and economically efficient mobility on the basis of innovative biofuel technologies.

In the shape of the highly specialised Swiss technology company XiMo AG, VERBIO has acquired an expert with whom new markets and business segments are to be developed. The key in-house developments and technologies have been patented. In this context, what are known as metathesis catalysts are being developed which will enable the production of biogenic raw materials for specialist chemicals, agrochemicals, flavours and fragrances, as well as lubricants and cleaning agents. This will provide the basis for the further diversification of VERBIO's product range.

Exporting knowledge: investments in the USA and India – responding to global demand

The plants operated by VERBIO are proprietary developments. The technologies come from the company's own research and development department and its in-house plant design team. At the company's pilot plant for biomethane at its location in Zörbig, for example, new raw materials are specifically tested in fermenters with a fermentation volume of up to 600 l, and the optimum parameters are determined in long-term tests. Particular attention is paid to optimising the unique technology for the production of biomethane, 100% of which is made with the use of straw. The 100-90-0 formula applies to the production of biomethane by VERBIO: 100% straw and a 90% reduction in CO2 with 0% use of food raw materials. This knowledge from Saxony-Anhalt is now being exported, with the construction of new biomethane plants for straw in the USA and India. The new plants are an initial step towards internationalisation and VERBIO's response to the increasing worldwide demand for first- and second generation biofuels.

An holistic approach & the dual use of raw materials

The sustainable and efficient approach to natural resources and the environment form part of the VERBIO company philosophy. In this respect, all of its developments are planned on an holistic basis. An increased focus is to be made on the use of raw materials which, either as waste or surplus products, are not able to fulfil any other tasks. The waste products from the production processes should be as recyclable as possible. The alcohol-free mash produced during the production of bioethanol, known as stillage, is processed and marketed as animal feed for the agricultural sector, for instance. The bio-refinery plants at the Schwedt and Zörbig locations are also capable of refining the resulting slurry into biomethane and organic fertiliser. On this basis, VERBIO achieves a double utilisation of the raw material used and a 90% conversion into energy in the form of bioethanol and biomethane.

The glycerine produced during the production of biodiesel is further refined into a high-quality product for the pharmaceutical and cosmetics industries, and the product of sterol is obtained from the rapeseed oil which is used as a raw material; this, in turn, is used as a dietary supplement for the reduction of cholesterol.

Halfway through the year, VERBIO is to commission the third expansion stage of the production of sterol in Bitterfeld and therefore become one of the biggest producers of sterol on the world market. With these approaches, the creation of value and efficiency within the company are to be increased.

The fact that the company relies on know-how in its own team also contributes to the following: it is a company in which chemical technicians and laboratory assistants are trained and find future prospects. Postgraduate courses are offered to employees as part-time courses of study. The research and development also takes place in-house. 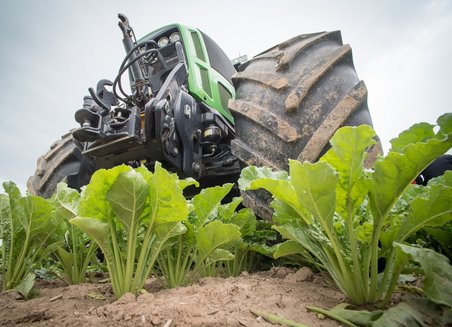 Sugar beets as raw material: The sugar-containing juices raw juice, thick juice and molasses produced from the beet by the sugar factory are used for bioethanol production. These juices can be fermented and therefore used for bioethanol production without further treatment. Raw juice is processed during the sugar beet campaign from September to January, while thick juice and molasses are used outside this period. The animal feed vinasse containing protein is generated from non-sugar substances such as pectin, cellulose etc. present in the juices. 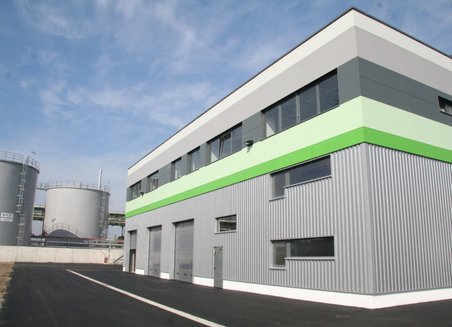 The first biodiesel plant of VERBIO AG was opened in the Bitterfeld-Wolfen Chemical Park (Saxony-Anhalt) in October 2001. With an original production capacity of 150,000 tons, it was the largest biodiesel plant in Europe. The production capacity and the performance of the plant was further increased in the next few years. The procedure for the transesterification of plant oil was developed by Dr.-Ing. Georg Pollert, co-founder of VERBIO AG, especially for the GmbH. This stands out for its high energy efficiency with a minimal usage of operating supplies. The production capacity is at 204,000 tons of biodiesel and 25,000 tons of pharma glycerine per year.

VERBIO Ethanol Zörbig was the first location in Germany to start the production of bioethanol for use in fuels in September 2004. It was developed with the company’s expertise, and still sets the standard for raw material and cost-efficient biofuel production today.

Over 270,000 tons of rye, triticale and wheat are used here annually for production. The modern and energy-efficient plant produces ethanol with a purity level of over 99.8%. 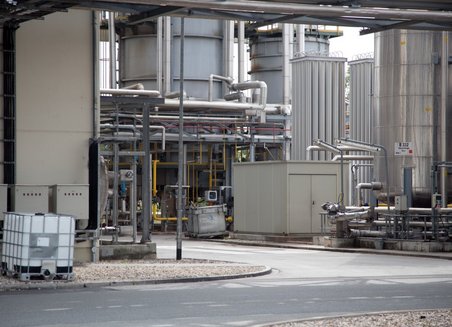 Hallesche Bioölwerke GmbH with headquarters in the port of Halle(Saale), a company of Ölwerke Halle GmbH, is a medium-sized manufacturer and supplier of eco-friendly biodiesel in the area of biodiesel, glycerine and oil production.  This is possible thanks to a highly efficient and unique technology which allows us to produce biodiesel from the raw material rapeseed oil as well as from used plant oils in a sustainable manner. With our 20 employees, we produce around 60,000 tons of biodiesel and 10,000 tons of glycerine in Halle every year. As a future-oriented company, we are an important partner in this market of many A and B corporations in the country and abroad for admixture. 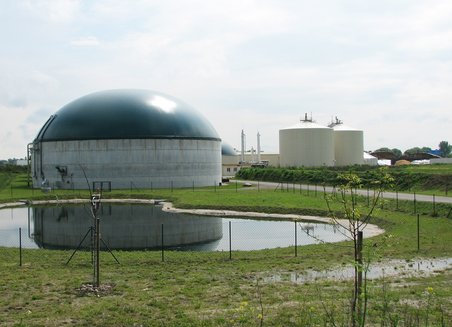 The biomethane plant is designed in a substrate-flexible manner. According to the information provided, approx. 60 percent of corn, ten percent of grass, five percent of whole crop silage (WCS), 15 percent of sugar beet silage and ten percent chicken manure is fed into the biogas process. The CO2 emission reduction through the use of biogas will amount to approx. 13,000 tons every year.

Location for biorefineries - USPs of Saxony-Anhalt 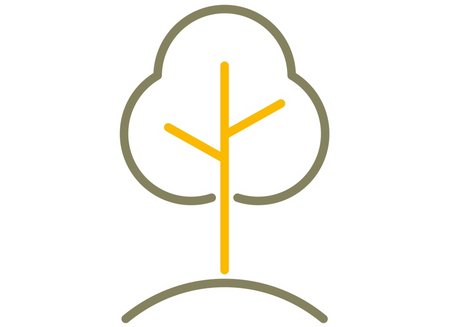 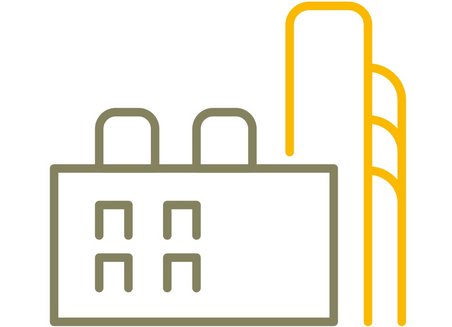 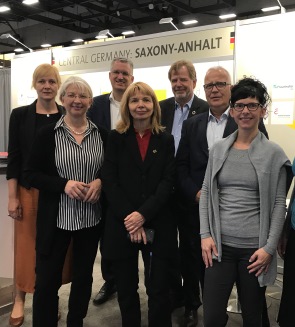 On site with IMG 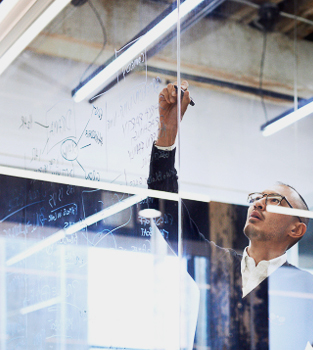 YOUR success in Saxony-Anhalt.

Saxony-Anhalt has a broad network of institutions, companies and research facilities with know-how in the bio-economy - 75 partners are organised in the BioEconomy Cluster alone.