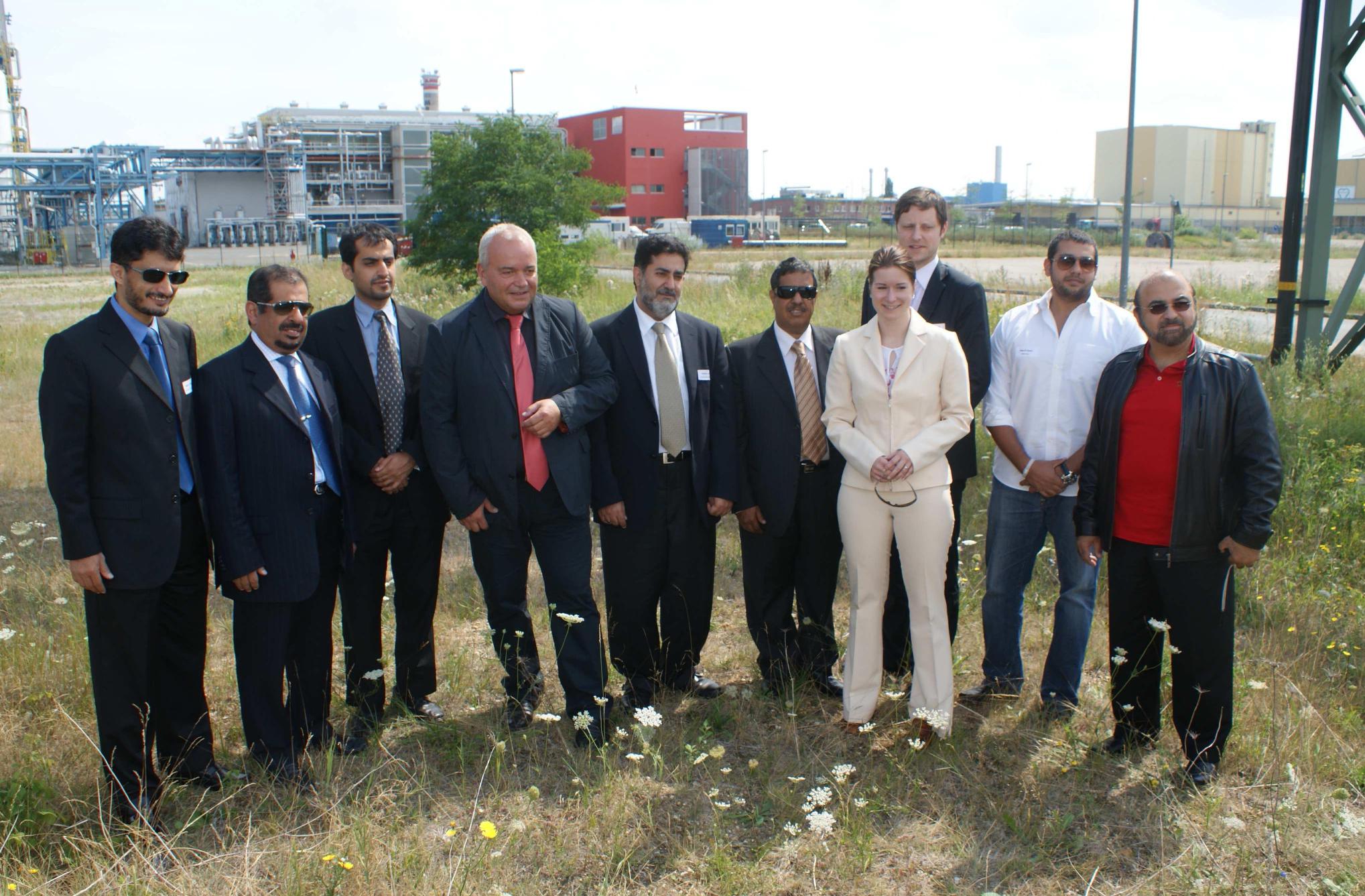 At the end of the 3-day trip of a highly ranking Saudi-Arabian economic dele-gation in Saxony-Anhalt, the Minister of Economic Affairs, Dr. Reiner Haseloff, gave positive feedback. “The expressions of our guests from the Middle-East show promise. In their opinion, they have experienced Saxony-Anhalt as top-location for renewable energy and were particularly impressed by the local solar and chemical industry. In addition, the first concrete discus-sions were held with companies and there are the first requests for free indus-trial spaces, prices for parcels of land, qualified personnel and promotions. So this visit is a fundamental headstone for investments in the country and for building a strategic cooperation between Saudi-Arabian and local companies.” Haseloff announced that a delegation to Saudi Arabia will be prepared for the realisation of the projects next year.

The delegation stayed in Saxony-Anhalt for 3 days to hold economic discus-sions. After a day-long solar conference last Tuesday in Magdeburg with more than 100 representatives from companies and research institutions from all over Germany, leading figures from the economy, science and politics of the Saudi Arabian Kingdom visited the “Solar Valley“ in  Thalheim and the Q-Cells SE on Wednesday. The trip ended yesterday with a visit to the Che-miePark Bitterfeld in Wolfen. According to the Ministry for Petrol and Raw Materials, Mister Ali Al-Naimi, in the long term Saudi Arabia will export as much solar energy as it does petrol today.

This year, Saxony-Anhalt introduced itself at different events in the Arabic world, as for instance the Jeddah Economic Forum, the Saudi-Arabian Con-ference in Riad and the World Future Energy Summit in Abu Dhabi.