BeST to InveST - There is always something new to report about Saxony-Anhalt as a business and science location. Here you will find a selection of the latest developments.

Strengthening for the automotive location Saxony-Anhalt 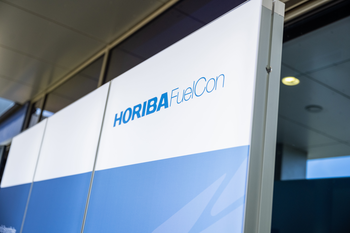 Ministry of Economy supports development of competence center for fuel cells and batteries in Barleben with 2.87 million euros

Meyer Burger
> Ministry of Economics supports Meyer Burger solar cell plant in Bitterfeld-Wolfen with 22.5 million euros. The listed Swiss machine manufacturer Meyer Burger Technology AG is building a new solar cell production facility in Thalheim in the district of Bitterfeld-Wolfen. To this end, the company is using most of the funds raised in a capital increase of 165 million Swiss francs (around 150 million euros). Production is scheduled to start as early as the second quarter of 2021 in the first expansion stage, initially with several hundred employees.

Linde
> Ministry of Economy supports construction of a production plant for green hydrogen by the Linde gas group in Leuna. The Linde Group is building the world's largest production plant for the generation and liquefaction of green hydrogen in the Leuna Chemical Park (Saalekreis) at a cost of around €60 million. From mid-2022, the group plans to produce up to 3,200 metric tons of hydrogen using certified green electricity; later, the electricity required will be sourced from renewable energy sources in the region.

Investment funding
> Companies in Saxony-Anhalt plan to invest 1.1 billion euros despite Corona pandemic / Willingmann: "Economic stimulus shows effect". More than 1,400 new jobs were created and almost 3,500 secured. In addition, 24 infrastructure projects with an investment volume of around 110 million euros were supported last year, bringing investment funding to a total of 1.22 billion euros, the highest level since 2014.

This could also be of interest for you: