CEBIT 2018: business, leads, ideas. As a triple-punch event featuring exhibits, conferences and networking, CEBIT covers the digitization of business, government and society from every angle.

Its four sections – d!conomy, d!tec, d!talk and d!campus – represent an entirely new approach, but one thing remains: the show’s core focus on generating leads and business for all concerned!

Also Saxony-Anhalt will present IT business, leads and ideas at CEBIT 2018 from 11th to 15th June in Hannover.

In the wake of research institutes and investments by global players, the process of digitisation is advancing with great strides in Saxony-Anhalt. Above all, it is the future sectors of big data, cloud computing and IT security that make the federal state into an attractive location for business.

In recent years, the business location of Saxony-Anhalt has been developing into a digital hotspot at an increasingly fast pace. In this respect, one of the biggest and most cutting edge cloud data centres in Germany has been built in Biere near the city of Magdeburg. In 2014, the subsidiary of Telekom, T-Systems, opened its Biere Campus Data Center, which it extended massively just two years later. In response to the considerable demand for its "German Cloud", Telekom is currently investing a three-figure million sum ...

.. in the construction of Biere 2. Upon its completion, T-Systems will become one of the leading service providers in the European cloud market. The key factor for T-Systems’ choice of location was the support provided by the federal state of Saxony-Anhalt and its very own Investment and Marketing Corporation.

However, the "Fort Knox of the data" is just one leading example of the growing importance of Saxony-Anhalt as location for ICT: in 2017, this sector already employed almost 16,000 people in some 2,000 companies in the federal state, generating more than € 2 billion in revenue, which means the niche status of the ICT sector is now history. Although the IT landscape is mainly characterised by medium-sized companies, global players such as IBM and Dell have long since been mainstays in the federal state.

"A key success factor of the location of Saxony-Anhalt is its highly developed university and research landscape which educates and trains high-performing specialists," explains Thomas Einsfelder, Managing Director of IMG Investitions- und Marketinggesellschaft Sachsen-Anhalt mbH. At present, more than 3,500 students are enrolled in IT-specific courses of study at the universities in the federal state. Saxony-Anhalt is also home to a total of 29 research institutes, including the Fraunhofer, Leibniz, Max Planck and Robert Koch Institutes as well as Helmholtz centres. In addition to this, Otto von Guericke University Magdeburg is home to the world's biggest SAP University Competence Center, which serves more than 500 universities all over the world.

Focus on software and IT services

The focus of the ICT sector in Saxony-Anhalt is on software and IT services. Above all else, it is automotive suppliers, energy providers and mechanical engineers who benefit from software that’s made in Saxony-Anhalt. Successful examples include GISA GmbH, the biggest independent provider of IT services in Central Germany, as well as the Regiocom Group, the most important provider of IT services in the German energy sector.

In addition to this, the federal state is well represented in the highly promising IT future sectors. In the area of big data, for example, Datameer has developed from a spin-off from the Martin Luther University Halle into an international provider of analysis programs. And in the sector for IT security, AV-Test GmbH has advanced to becoming one of the world's leading providers of antivirus research services.

Just how attractive the location of Saxony-Anhalt is to global players is shown by the commitment of the American (USA) company Nielsen. In 2016, the market leader in marketing and advertising research founded its subsidiary company Nielsen Tele Medical GmbH in Magdeburg. Together with neurologists from Otto von Guericke University, the company has developed the world's first wireless EEG headset, which enables neurological risk patients to be monitored at home by measuring their brain activity.

These are just some examples of the increasing importance of the ICT location of Saxony-Anhalt. "The increasing networking between the research institutes, global players, innovative medium-sized companies and start-ups provides the best conditions for this course of expansion to continue into the future. When it comes to Industry 4.0 applications in particular, the ICT sector in Saxony-Anhalt scores highly with its know-how, its resources and its bright minds," explains Thomas Einsfelder.

The IT industry of Saxony-Anhalt is diversified. Here you will find further exhibitors at the CEBIT from the state: 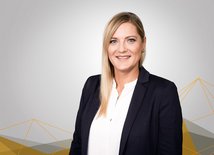 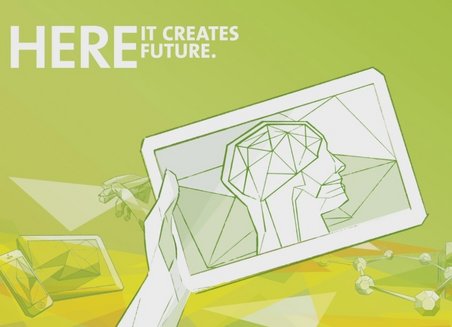